A new gorgeous collection of pictures has shone a light-weight on the remarkable interiors of a range of musical instruments.

Pictures captured by Auckland-centered photographer Charles Brooks present the concealed ‘architecture’ that goes in to producing some of the world’s most uniquely crafted cellos, flutes, pianos and saxophones.

The astonishing array of shots, every compiled from hundreds of individual illustrations or photos, exhibit in fantastic depth the ‘vast and cavernous’ spaces within the devices, appearing to replicate cathedrals and grand palatial hallways.

A cellist because childhood, Brooks used twenty years carrying out with orchestras close to the planet, an working experience that incited curiosity about the inner workings of the instruments surrounding him.

He has now produced a range of the pictures he has captured in a series named Architecture in Tunes, trying to get to unveil the concealed anatomies of these devices.

Brooks reported he grew to become fascinated with the interiors of instrument as he ‘never truly understood what was likely on inside’, but would be thrilled by the experience of viewing the interior doing work of a cello or a grand piano even though it was staying fixed.

A new spectacular sequence of photos captured by Auckland-based mostly cellist-turned-photographer Charles Brooks has shone a light on the amazing interiors of a range of musical instruments. Pictured: The interior workings of a Fazioli Grand Piano captured at Sly’s Pianos, Auckland. 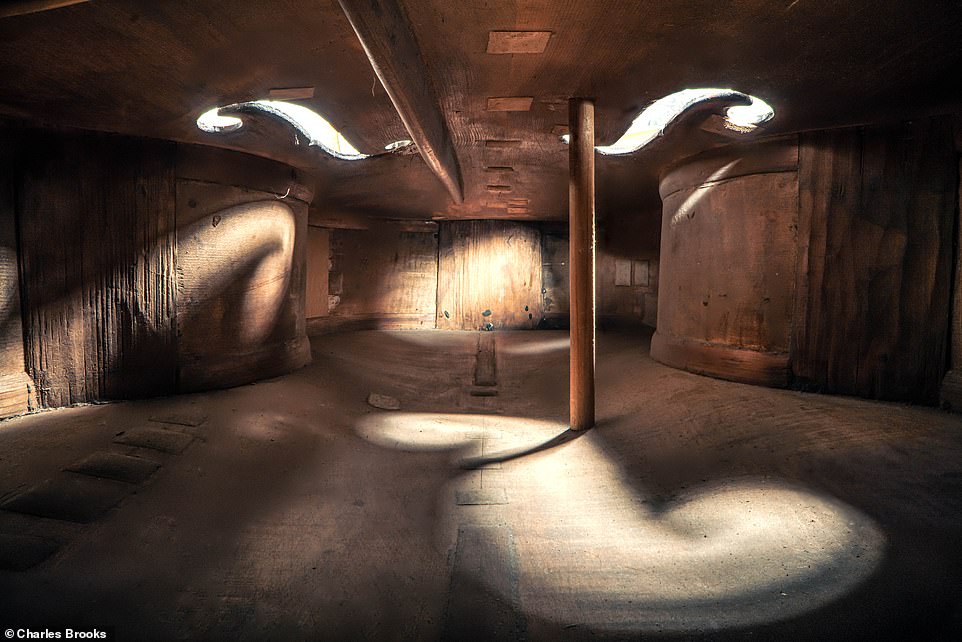 Inside of the F-holes: This photo exhibits the inside of of a uncommon Lockey Hill cello which dates to close to 1780. It was photographed even though below restoration at the Stringed Instrument Organization in Auckland, New Zealand 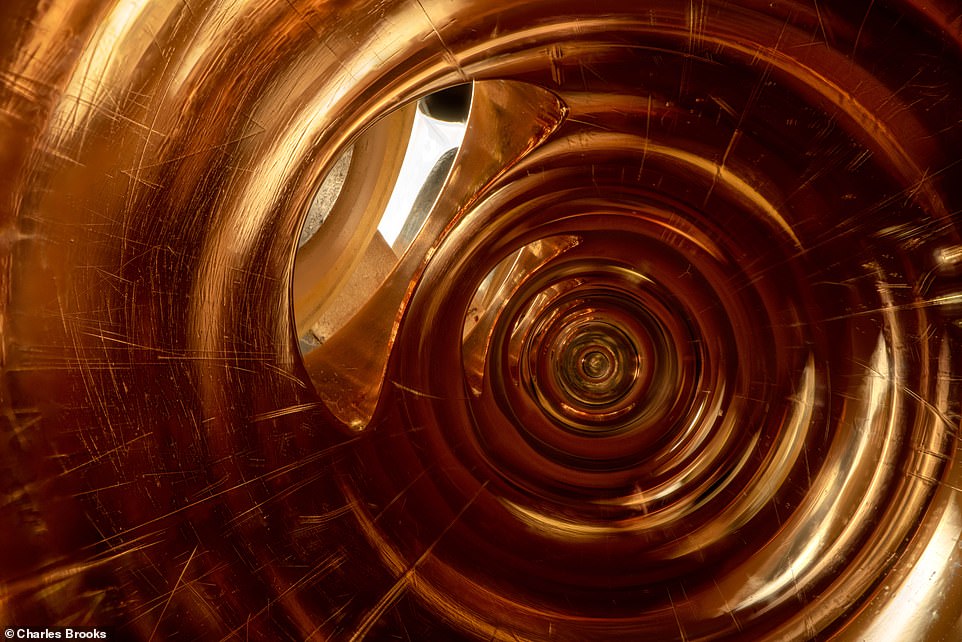 The astonishing array of photographs, each individual compiled from hundreds of independent photographs, exhibit in fantastic element the ‘vast and cavernous’ areas inside the instruments, showing to replicate cathedrals and grand palatial hallways. Pictured: The inside of a Burkart Elite 14k Rose Gold Flute at Neige Audio Atelier in New Zealand. 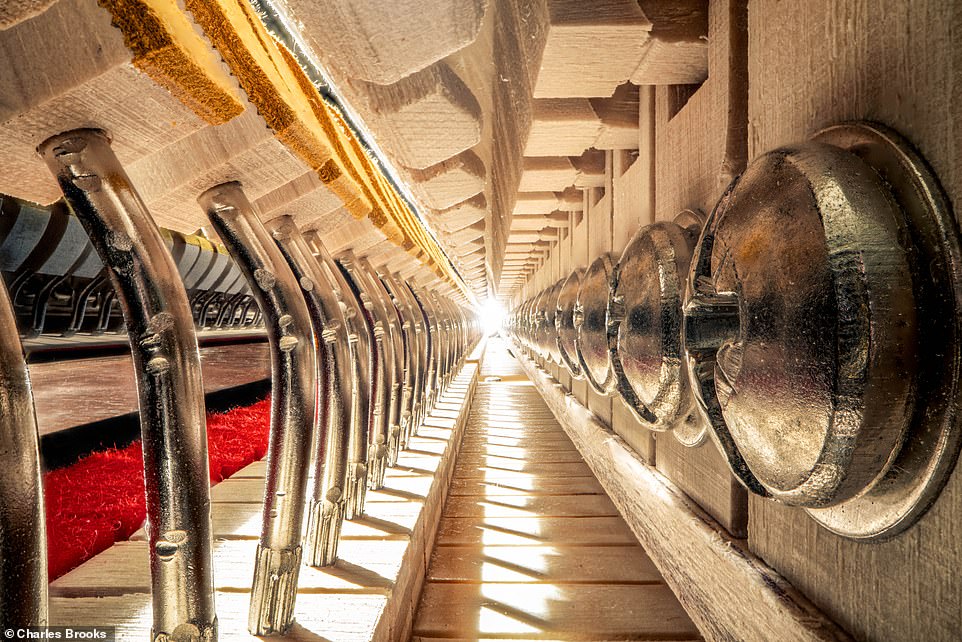 Brooks said he turned fascinated with the interiors of instrument as he ‘never actually knew what was heading on inside’, but would be thrilled by the experience of looking at the interior working of a cello or a grand piano although it was currently being fixed. Pictured: A Fazioli Grand Piano 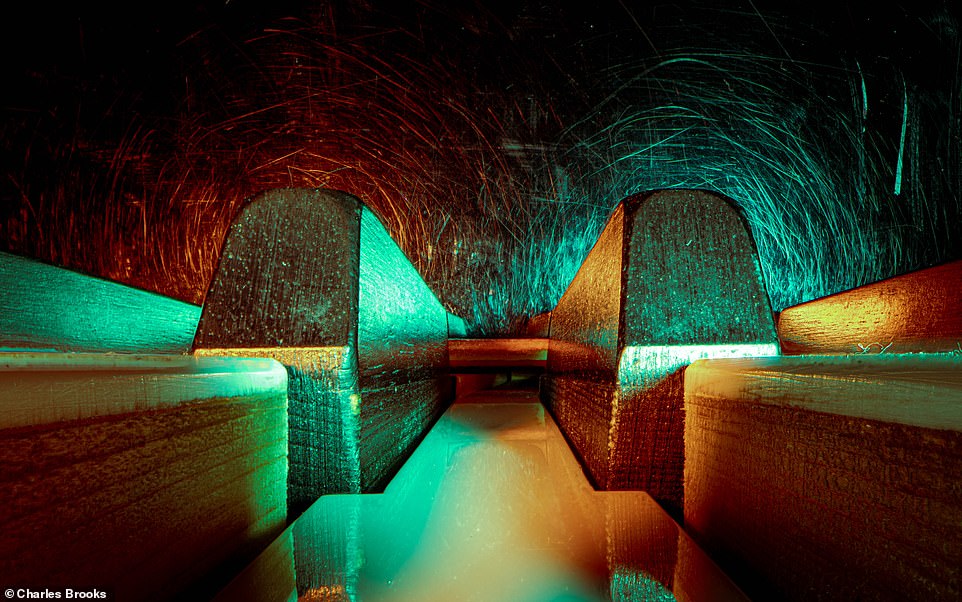 Talking about the venture, Brooks stated: ‘Concert Halls normally mirror the shapes and curves of devices. I wished to change that on its head by producing the within of the instruments by themselves appear large and cavernous.’ Pictured: The keys of a Steinway Product D Grand Piano captured at Lewis Eady’s in Auckland

His images however have tries to acquire an inside glimpse to the future amount, by bringing the full interior of each and every instrument in the sharp concentration, instead than make it possible for a ’tilt-shift’ blurring influence to make it possible for the head to make a flute’s insides glance little and cramped.

Speaking about the job, Brooks said: ‘Concert Halls normally reflect the styles and curves of instruments. I required to switch that on its head by generating the inside of of the instruments themselves show up vast and cavernous.’

To do this Brooks utilized expert procedures and products.

Working with a probe lens with a reduced aperture of just f/14 ‘which signifies you need to have a large volume of light’, he could seize wonderful quantities of depth inside each and every instrument.

‘Shooting with Lumix cameras and an exotic Laowa Probe lens, I took hundreds of photographs, bit by bit shifting the concentrate from entrance to again, and merged them with a technique called concentration stacking,’ he added.

‘The outcome is an graphic which is sharp and in-aim from front to back, and that is what produced this superb illusion. 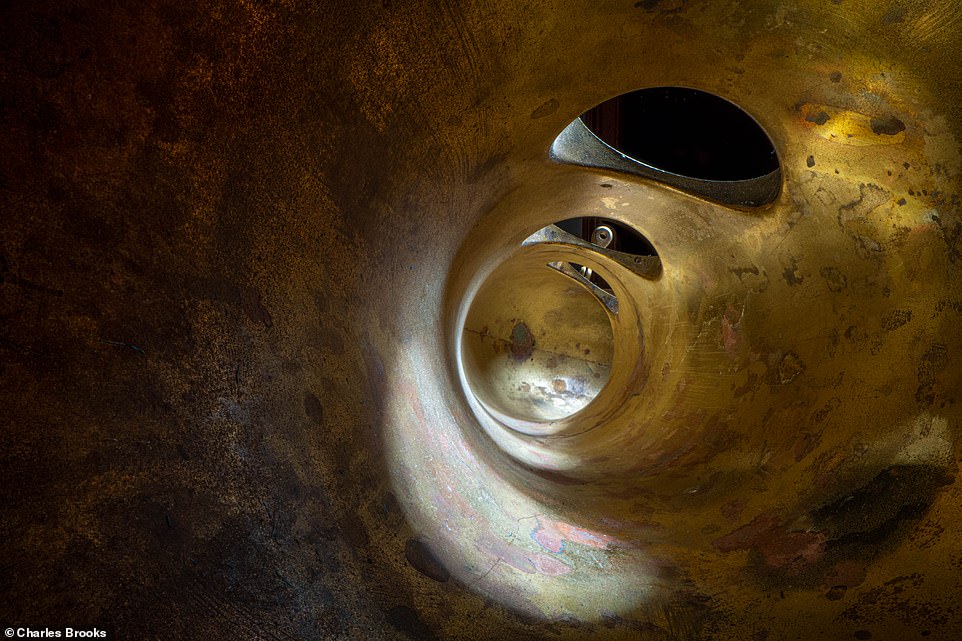 Pictured: Inside a 1980s Yanagisawa T4 Saxophone which was photographed even though less than restoration at Neige Tunes Atelier in New Zealand 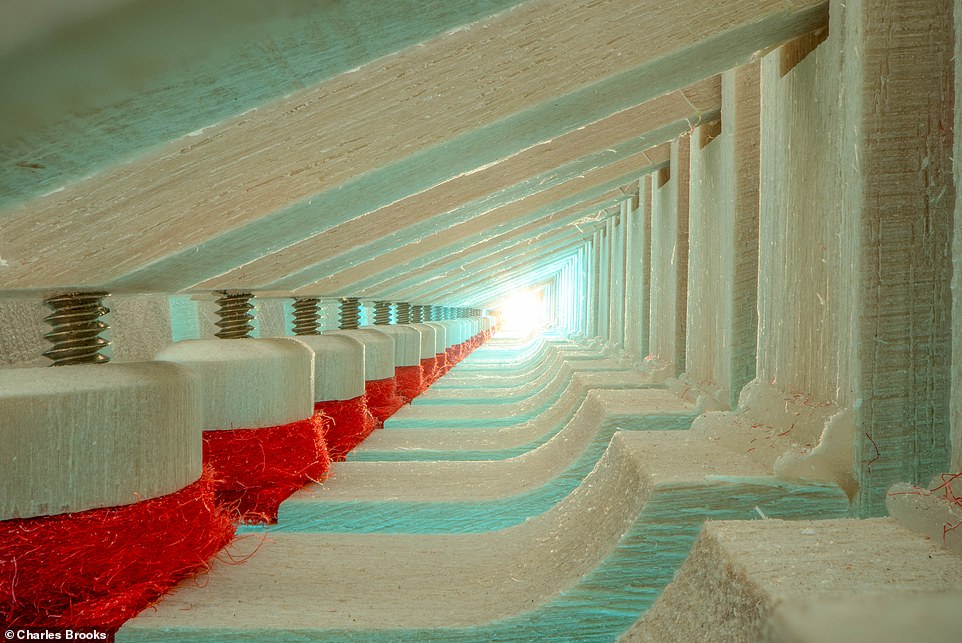 Pictured: The action of a Steinway Product D Grand Piano. Photographed at Lewis Eady’s in Auckland 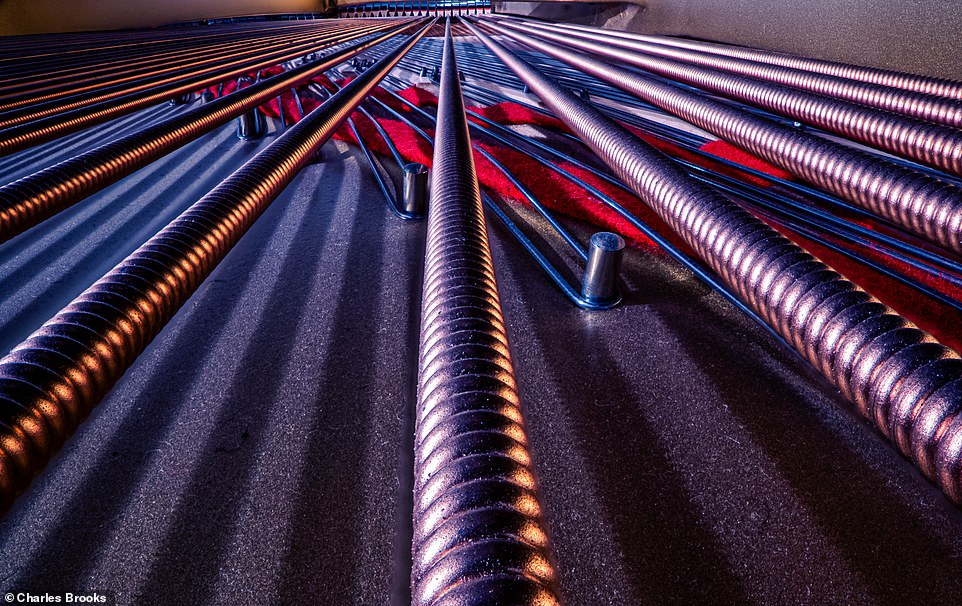 Pictured: The strings of a Steinway Model D Grand Piano. Photographed at Lewis Eady’s in Auckland. 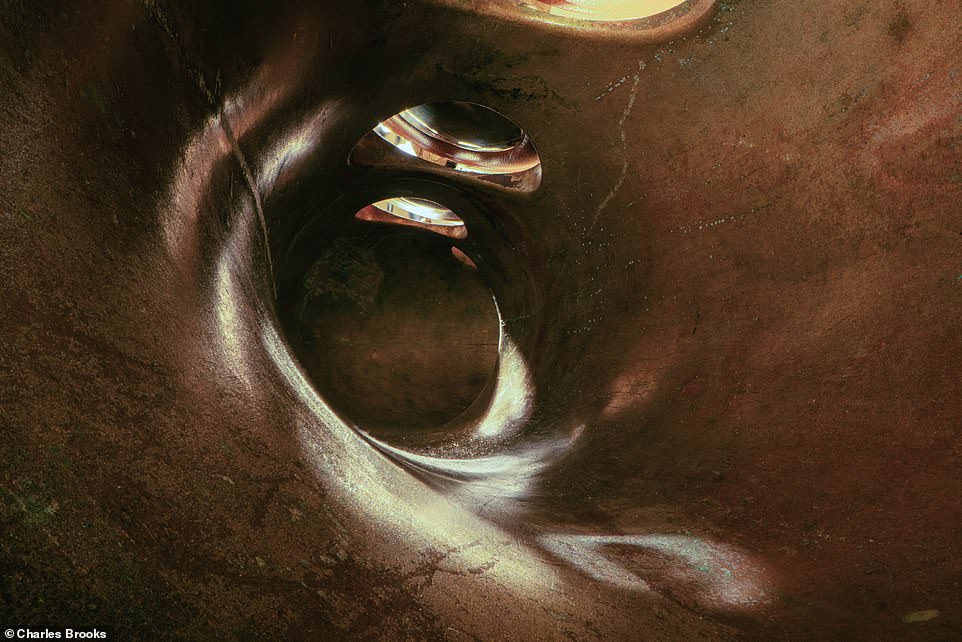 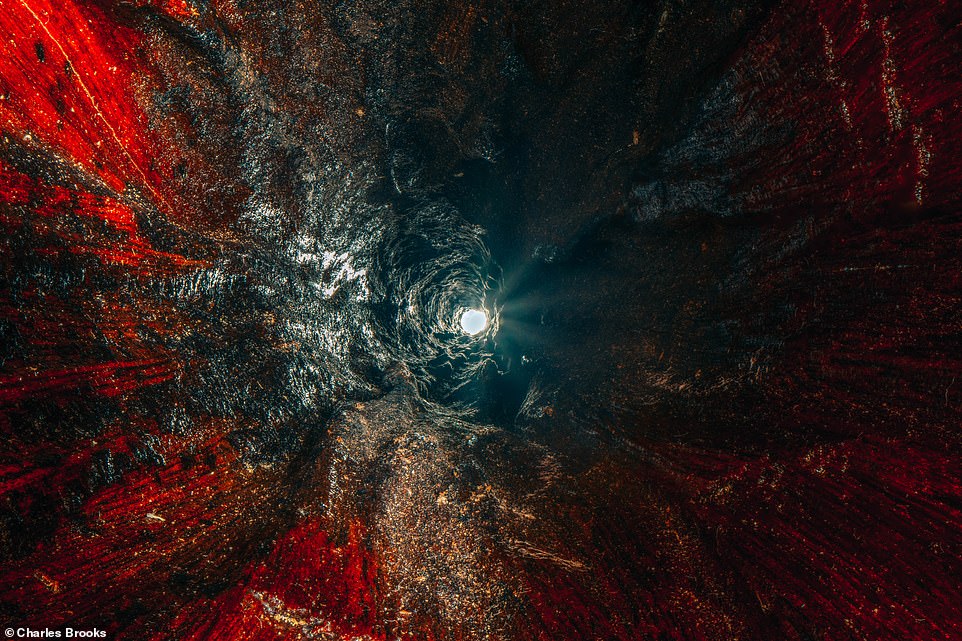 Pictured: A special look at within an Australian Didgeridoo by Trevor Gillespie/Peckham (Bungerroo) of New South Wales 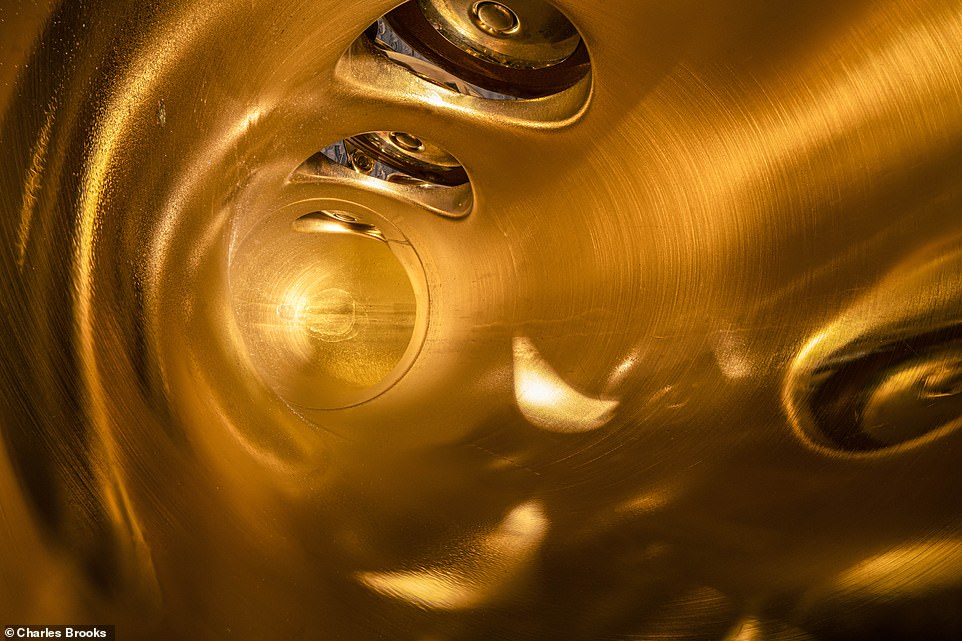 Pictured: The inside of a 2021 Selmer Saxophone, private assortment

‘Our brains are wired to expect photos of small spaces to have a slender depth of industry. When almost everything is crystal clear we automatically assume that the room is substantial. This is basically the opposite of the tilt-shift-miniature effect that was all the rage a several yrs back.’

In a person of his compositions he frames the shadows cast by a cello’s F holes about its wood back, to give the visual appeal of a creaking outdated wood residence as sun shines through the home windows.

In an additional, a grand piano’s uniform row of hammer tends to make it look more like a futuristic setting up venture than musical components.

‘I’d never ever considered to look inside of a Didgeridoo before and was astonished to discover out that it was carved by termites, rather than by hand!’

Of the job he claims: ‘This is a function in development. I am nonetheless finding wonderful new instruments, and technological hurdles alongside with them. Even with the probe lens some are hard to access, and lighting them can be a big battle.’