“Not everyone understands house music,” begins Eddie Amador’s 1997 aptly titled anthem, “House Music.” The lyric still holds true as we enter the second half of 2022. Recently, music lovers were treated to full-on house records “Break My Soul” and “Sticky,” from Beyoncé and Drake, respectively. While many folks rejoiced and hit the dance floor immediately, others scratched their heads, wondering, What is house music? Though house music is a new genre to some listeners, its impact has been felt globally for nearly 40 years now.

History always repeats itself, and 30 years ago, the U.S. was also experiencing a house music revival. The first half of the ’90s decade was wrought with soulful diva vocalists belting house anthems that still sound timeless. Think Martha Wash, whose powerful, unmistakable vocals can be heard on C+C Music Factory’s “Gonna Make You Sweat (Everybody Dance Now)” and Black Box’s “Everybody, Everybody” in 1990. There’s also CeCe Peniston’s “Finally,” Robin S.’s “Show Me Love,” and Ultra Naté’s “Free,” just to name a few.

Despite the impact early ’90s house music had on American pop music, some try to dispute house music’s origins, claiming that Europeans pioneered the sound. This is partially due to the fact other genres, including grunge, dominated American radio waves while house music began to evolve in Europe.

So, yes, while dance music culture continues to be a global movement, house music specifically is American grown and has always been unapologetically Black.

For starters, house music originated shortly after disco’s oversaturation went up in flames, literally. The Disco Demolition Night, a protest (read: riot) against the genre of music, was rooted in racism and homophobia, since disco was largely seen as Black gay music. Once police officials began raiding disco nightclubs and destroying anything of value, the desire to dance was more vital than ever, despite the genre losing its luster and dancing being criminalized.

Thankfully, in the early ’80s, a DJ named Frankie Knuckles had a brilliant idea. Instead of playing the original disco cuts, Knuckles used a reel-to-reel tape deck and turntables to splice and re-edit records on the spot, emphasizing the most danceable parts. The trend quickly caught on, especially with former disco DJs who still had heaps of records that could be tweaked and reworked. Knuckles and many others, such as Ron Hardy, took their rhythmic experiments to a Chicago nightclub known as the Warehouse. Quickly, the space became a safe haven, especially for Black gay men.

In 1982, when Knuckles left the Warehouse to open his own club, the Power Plant, the way he DJ’d already had a persona. “WE PLAY HOUSE MUSIC,” read flyers advertising the new sound, and soon, the genre’s listeners expanded from queer POC to straighter and whiter audiences. Still, no matter who came to dance, the experience remained the same: House music was, is, and will always be a safe place for everyone to feel free to be themselves.

From a technical aspect, house isn’t that much different from disco. Both rely on “four-on-the-floor,” meaning there’s a kick drum on every beat of a song that has a 4/4 time signature.

Four beats or “four counts” is the bones of house music. From here, producers add more elements to complete the song. For instance, on Beyoncé’s “Break My Soul,” there is a kick drum on every beat, snare drums and claps on beats two and four, and then pianos in double time are played only over the fourth beat.

Drums are also where the spiritual feeling comes from. Many listeners believe the beat of the drums represent the pulse of Mother Earth—and indigenous cultures have used rhythmic drumming to synchronize the energy of their community during sacred ceremonies for centuries. Something similar happens in house music: These beats bring everyone on the dance floor to the same frequency, and this energy is palpable.

The bass line gives house its groove. Since bass isn’t held to the same four counts like drums are, a bass line can weave in and out of the beat, breathing life into the four-on-the-four. While bass gives depth, known as lows, percussion and synthesizers give the track its highs. When you see a DJ “pushing” buttons, they’re probably adjusting the high, mid, and low ranges of each song to blend their mix.

House music’s roots live in Chicago, but it didn’t take long for its influence to spread. Just hours away, a Detroit resident named Derrick May traveled west frequently to witness Knuckles’ and Hardy DJ’s magic. May took what he saw in Chicago and brought it back to Detroit to share with friends Juan Atkins and Kevin Saunderson. Known as the Belleville Three, the trio went on to create Detroit techno.

House and techno are the blueprints for dance music. From these came many offshoots and subgenres, including deep, tribal, and electro. These subgenres can generally be distinguished by the percussion and synths, while the 4/4 kick drum stays the same. 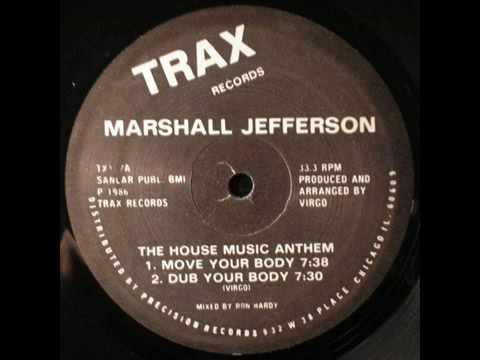 Breakbeats is a subgenre where the kick drum is only on beats number one and three. If you sample a song with a breakbeat and speed it up, you get drum and bass. From drum and bass came dubstep. Techno sped up with melodic strings is called trance. Remove the strings and push the tempo more, you get gabber and hardstyle.

The best part of electronic music is that the possibilities are literally endless. Technology is always evolving, which means EDM will always evolve, but house is the root of it all. And, it makes sense the current trend in pop music found inspiration from house. Much like how it started in the ’80s, we need house to be our safe haven to get away from all the heart-wrenching headlines. So when you hear house music, release any negativity, find the groove, and let the beat control your body.